When traveling out of the country I try my best to find a half marathon or other race wherever I’m going. Every race has a different vibe and it’s a great way to experience different running cultures.

I found an early February half marathon while we are in Israel! It was the day before my husbands competition so this would be a solo trip which I am totally ok with. Some people like their spouse or loved ones at all races but he’s always there for all of my big firsts. Honestly races are pretty boring for other people and it’s one less thing to worry about. Normally I like being within walking distance of a start line and I always do packet pickup before; neither worked out for this trip. I decided it wasn’t worth spending over 36 hours by myself during our stay in Israel and it wasn’t worth an extra 5 hours in a car by myself just for my packet since we are staying near Tel Aviv for a lot of our stay minus a few over night trips. It was a two hour drive in the morning to get to the race venue which meant I had to leave by 3:45 to arrive by 5:45 for packet pickup 😵. In the winter I don’t wake up early for workouts because mid day temperatures in Fresno are so perfect. I try to wait and enjoy it more. I adjusted very well to the 10 hour time difference so I expected to have a difficult time sleeping. I rarely take sleeping aids but decided to take NyQuill my husband had with him from the States. It worked well enough and had me knocked out by 7:00 pm for a 3:00 am wake up. I’m very glad my husband suggested it. Nerves did not keep me up as much as they normally do and I got almost 8 hours of sleep. I woke up a few times during the night but fell right back asleep.

Being from California we drive a LOT. A six hour drive to San Diego doesn’t phase me. Heck I’ve driven down to San Diego just for a themed 5k before and combo it to visit friends and other activities while I’m there. The drive had almost no traffic until I hit the last windy stretch. I turned on some music and the drive was pretty zen. The race website was a bit confusing about where to start and park. The driving directions said if using Waze follow the directions they set up as “Dead Sea Marathon – Parking”. The rental cars come set up with Waze as the primary navigation which was convenient for my race. I trusted it’s suggested departure time from the planned drive feature which is pretty nifty. It would have been perfect except the directions stopped seemingly in the middle of no where! I followed the car in front of me a little longer and there were signs for parking with a straight arrow. I followed these, for quite some time, until a parking attendant forced me to turn in to a dirt lot they were currently filling. The hardest part of international races where you aren’t adept at the language is information gaps and not being able to read all signs on race day and at packet pickup even though 60-80% usually have English as well depending on the size of race and the country it’s in. If this was a more serious race I could have done more prep and translated everything from the website prior to deciding on my logistics but it was just a C race I wanted to finish. It also had a marathon and ultra running concurrently so I was just winging it.

I parked, got my shoes and gear ready just 15 minutes behind scheduled us to the extra driving time. Not too shabby and I was trying not to stress about anything because I was mostly there for the scenery and experience. I was getting a little worried the farther and farther we walked that the packet pickup might have been in the opposite direction. I gestured and mimed a lot and figured out by the third person that the packet pickup was right next to the start line. You get really good at that when you travel without knowing the local language fluently. I filled out a medical release form and picked up my packet rather easily. I’ve traveled a lot and in a lot of situations where I didn’t understand most of what was being said around me so packet pickup wasn’t stressful. If this is a newer experience for you I would have at least a 30 minute buffer just to figure out what is going on and be able to take a step back to breath. It can be stressful not understanding signs and what people are saying without also being stressed about timing. I knew there was bag check and hopped that packet pickup would provide a sufficient bag for pickup. At worst I could carry everything I brought but would prefer to leave a few things, especially the race shirt and packet items. The packet bag was actually their preferred bag drop method. They stuck a white label with my bib number and hung it up in a short trailer. Off I went to eat my pre-race Honey Stinger waffle while waiting in line for the restroom (yeah, 2 hour drive) and then took a few pictures and videos while I waited a little over half an hour for the race to start.

I always find it amusing to listen to the start chute debrief in a language I don’t understand. They only translated some of it but I knew the course and the important details, like to not deviate from the course at all 🙅🏽‍♀️.

The race started and off I went; I settled in to a very easy interval I hoped I could maintain consistently through the entire race. My watch was set for 4 minute run, 1 minute walk. I was consistent and strong for the first three miles on asphalt. Life was good and I was enjoying the red rock Sedona vibe on the east with the Dead Sea on the west. It was really different and quite scenic.

The race website warned about staying on course because the second half went along a dike in the Dead Sea along a demilitarized zone and mine hazard on the Jordan boarder. I’ve posted about it a few times leading up to the race because it’s not something I’ve encountered in the US but it’s not something I was worried about because I didn’t plan to make a detour over to Jordan.

About a mile in to the dike the rocky terrain stated to get to me. My feet were starting to get sore and I tried my best to stay on a narrow strip that seemed to be more smooth than the rest.

A little background…I’m NOT a trail runner. I avoid trails as much as possible and this race is the closest I will come to doing a trial race.

That inexperience was definitely showing. Plus I had to take three weeks off in January because of some temporary medication I was on had a side effect of ruptured tendons. I did a very minimal build up and knew this would be a rough race but TriDot got me to the start line and through the race without an injury. I slowed down but trudged on the best I could for another 3-4 miles. The slightly changing scenery as we progressed further in to the Dead Sea was a welcomed distraction with salt crystal formation getting thicker and thicker.

After the turn around it became harder and harder to run. With a mile left of the trail portion I was doing a LOT more walking, almost all walking. My feet were ACHING from the rocky terrain.

I desperately wanted asphalt or even cement at this point. I was so relieved to get to the smooth asphalt trail at mile 10. I did my best to settle in to a run-walk interval and trudge along. At this point it was all mental. I shorted it the intervals but time based intervals without alerts were difficult to keep myself consistent. I decided to switch to distance intervals and was a much more consistent after that.

We had one more short rocky dirt section that I moaned over when we were diverted from the path we were on. My feet were hurting so much I let myself just walk it and resumed my intervals until the finish line. I don’t know if I have ever been this relieved to see a finish line! It’s at least in my top ten. The finish had a nice arch and energetic speaker and because there was a marathon and ultra race still finishing the finish line was still lively. The announcer was pretty awesome and gave me a very energetic high five.

If you’re a back of the pack runner and want an upbeat finish line then either do REALLY big races or do combo events that also have longer distances. I had ultra runners and marathoners passing me but they were all pretty awesome. I’ve discovered while racing around the world that love and encouragement (the community is what a lot of us love about the running a triathlon community) transcends our individual cultures and truly is a running culture as a whole. The SECOND place marathoner clapped encouragement and cheered for me without breaking stride while on the dike trail. I may not have understood him but we as runners transcend language. We just get each other. Many runners over many races have their own unique kind of communication while not even speaking the same language. It’s difficult to explain but an amazing experience if you have an opportunity to race abroad. This is what makes me want to keep racing while we travel. I may be a bit miserable for a day or two but the experience is well worth it. The culture, the people, running at the lowest dry land on earth. A truly unforgettable race.

Big thank you to some of my sponsors at this race. Even though my feet are sore from the rocky terrain I do not have any blisters thanks to Balega socks. TriDots training program got me safely to the start line with extremely low volume. I wouldn’t have trusted any other program to get me to the finish line safely with such low mileage. I used a Honey Stinger waffle pre race and gels during the run. I love how portable and easy their waffles and chews are for extra fuel 30-60 minutes pre race. 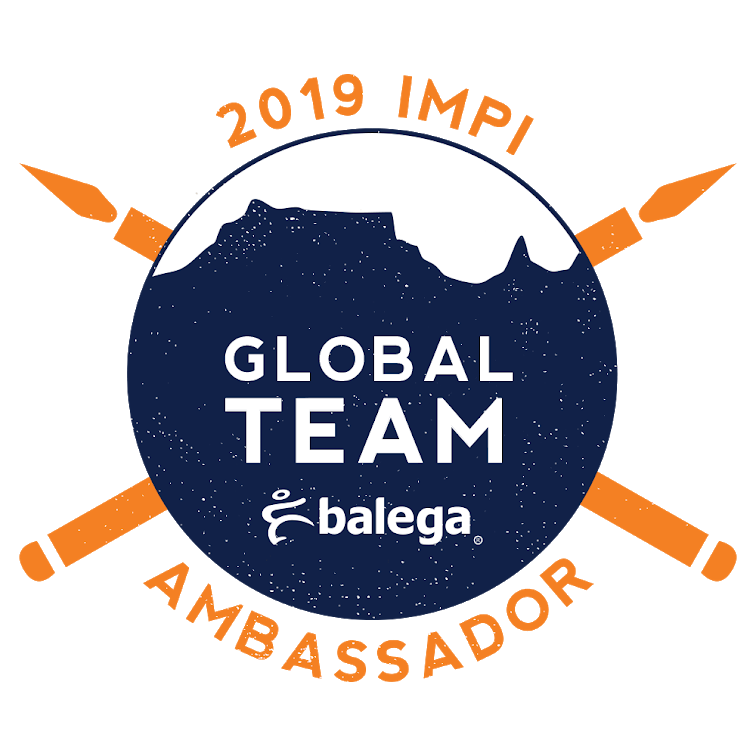 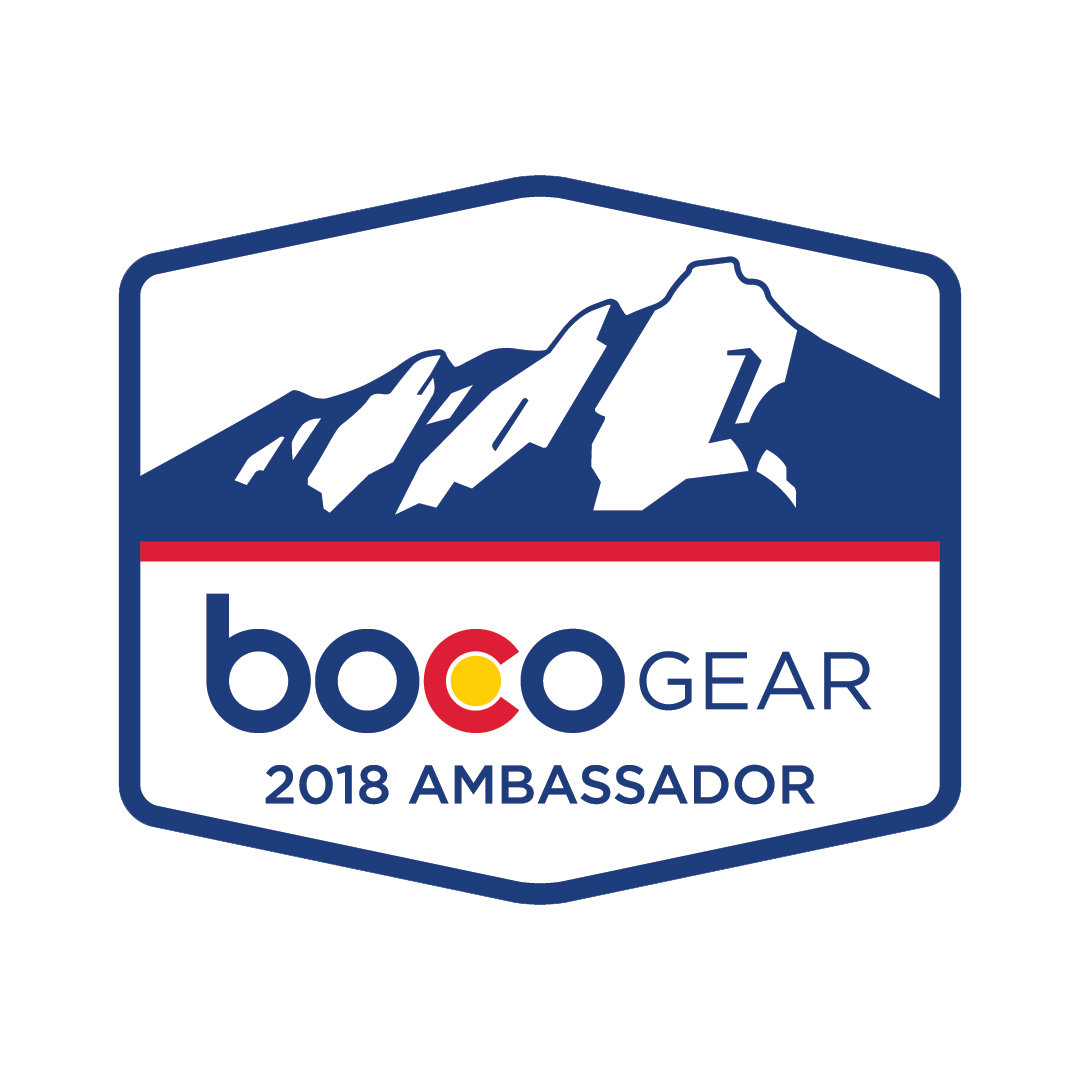 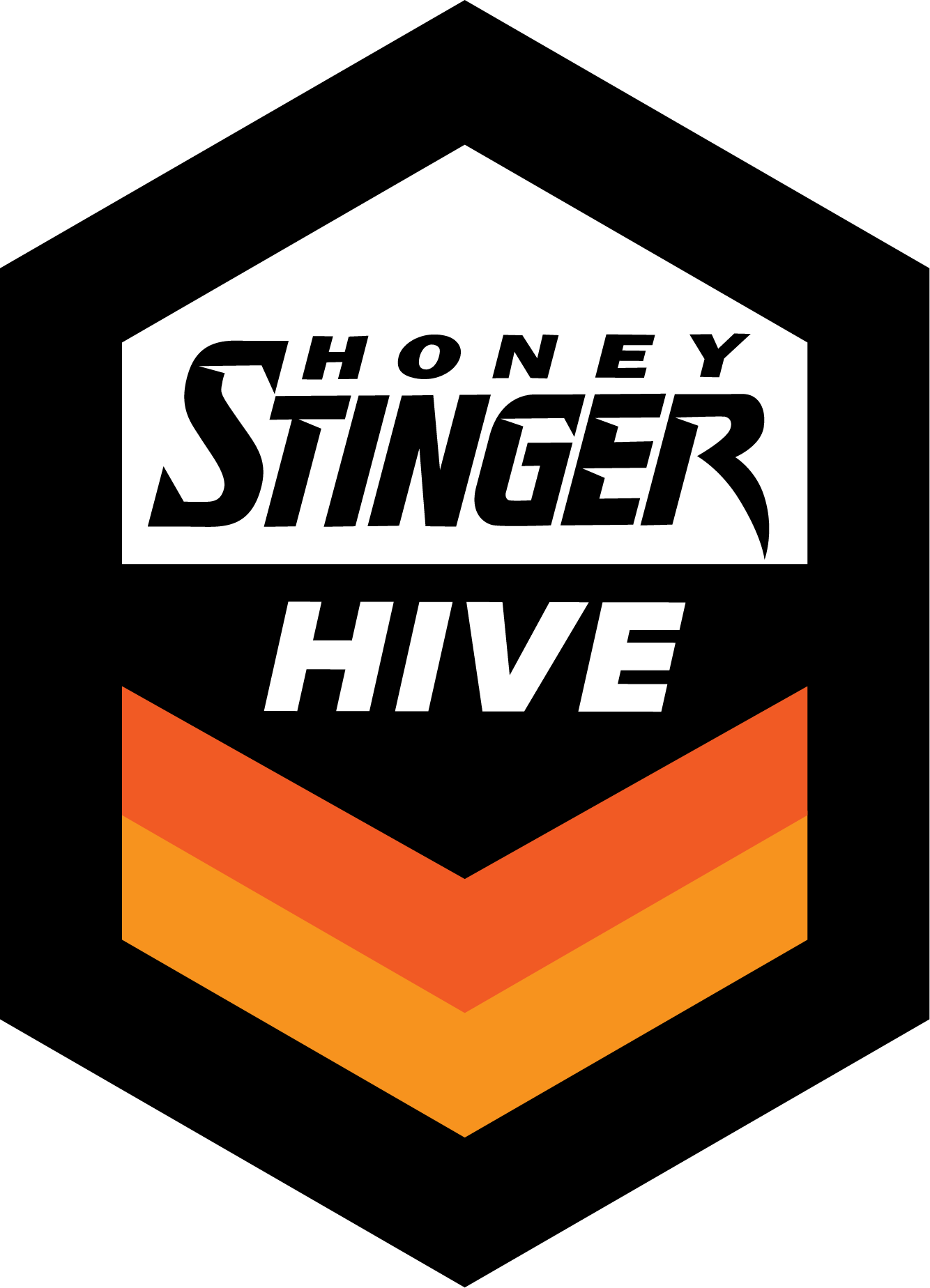 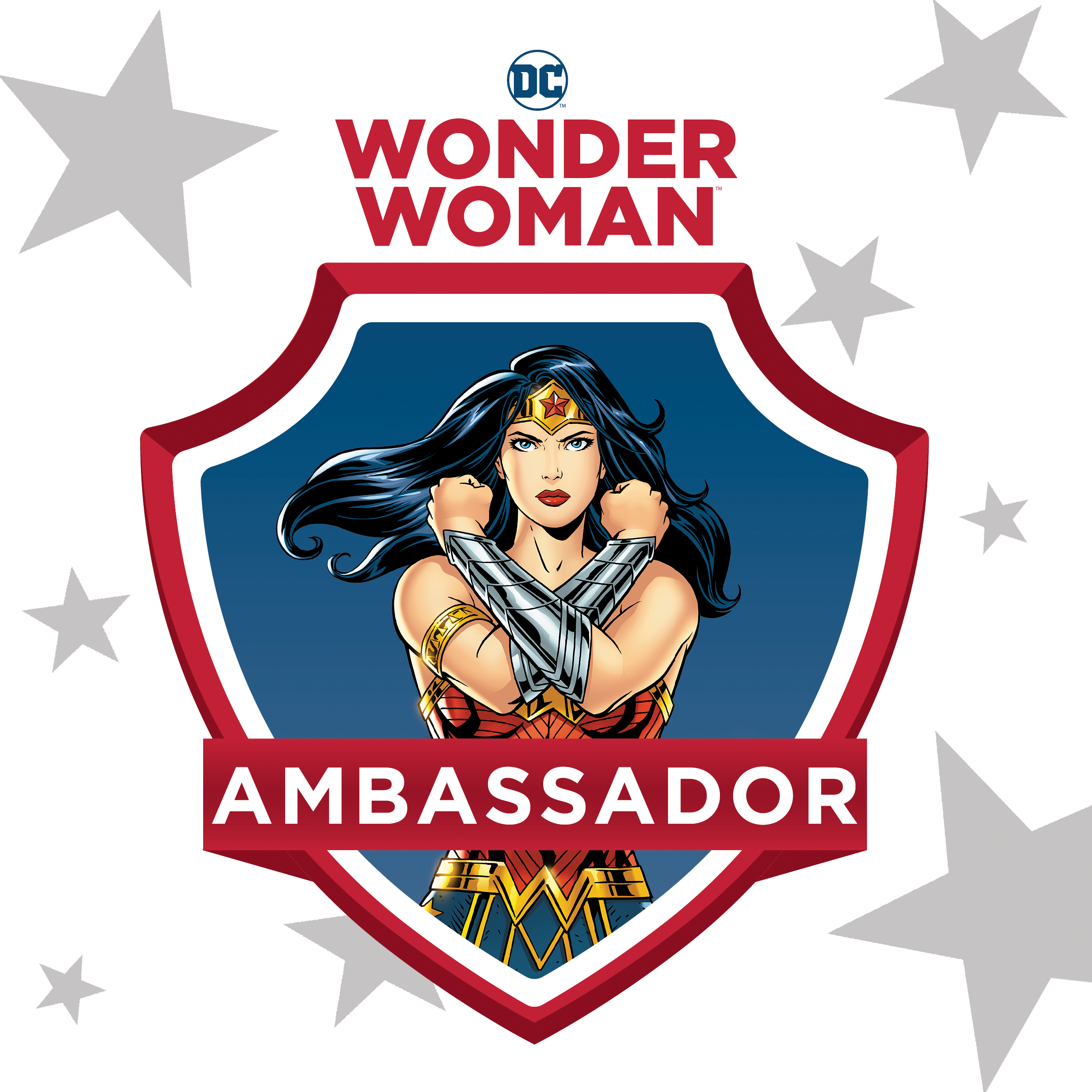